A Japanese recipe was translated, once with ELAN and once with Google Translate. A chef cooked the two translated recipes and served the different dishes to passersby.

1. MT may be a cheap and quick solution to understand each other If you work in an international environment you get used to communicate with people coming from different countries and don’t realize your brain localizes automatically. But even if you know some languages, there are a lot you don’t understand at all…Few days ago… END_OF_DOCUMENT_TOKEN_TO_BE_REPLACED

Marja Vaba is a Translation Quality Manager working for one of the biggest and most innovative IT world companies. Her contribution is very useful to understand in which direction the translation/localization is going towards terminology management. 1) Linda Burchi: Could you please introduce yourself? What is your academic background, work experience and current position? Marja… END_OF_DOCUMENT_TOKEN_TO_BE_REPLACED

A reader asked me on Linkedin if Universal translator was based on Google translate. I investigated, but I didn't get any good information so I made a comparison by machine translating the same content with Universal translator and then with Google translate. the first article, first clause of the European Constitution – Establishment of the Union… END_OF_DOCUMENT_TOKEN_TO_BE_REPLACED

Translingo Voice has been developed by Ask Ziggy,  a company founded in January 2012 based in Rocklin, California.

I took three portions of three different French texts to be machine translated with Universal Translator into English. These are the three samples: first article, first clause of the European Constitution – Establishment of the Union (here the full version); the first part of an article from the French newspaper l'Express, click here to read the full text;… END_OF_DOCUMENT_TOKEN_TO_BE_REPLACED

Pleco software was founded in 2000. It is valid help to be integrated with traditional dictionaries. https://youtu.be/x7VTo0656Rc

This app was developed by Sonico Mobile, a company based in Graz, Austria. It has 4 main functions: Romanization Voice recognition Text to speech Off-line text to speech It is available in 42 languages.

Back to school – Linguistics and NLP at Standford University

Globally Speaking Radio – How Netflix Localizes for Kids in Japan 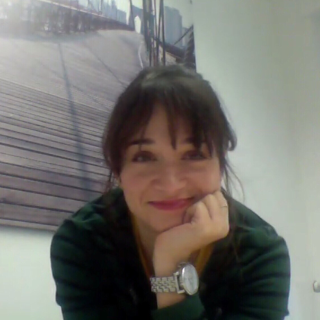 I work in software development. I keep on writing from time to time People's Code to continue following some of my oldest passions: linguistics and language technologies. I'm Italian and I live in Luxembourg. Ah... the blog's name comes from my favorite definition of natural language: it is a shared code. It is not nice nor ugly, not simple nor difficult - we understand each other only because we share the same code and we (often) agree on it. Ehm ho un altro blog in Italiano, ma è un segreto...

I blog from Luxembourg, don't ask me where it is...